The 2015 Health and Environment Survey 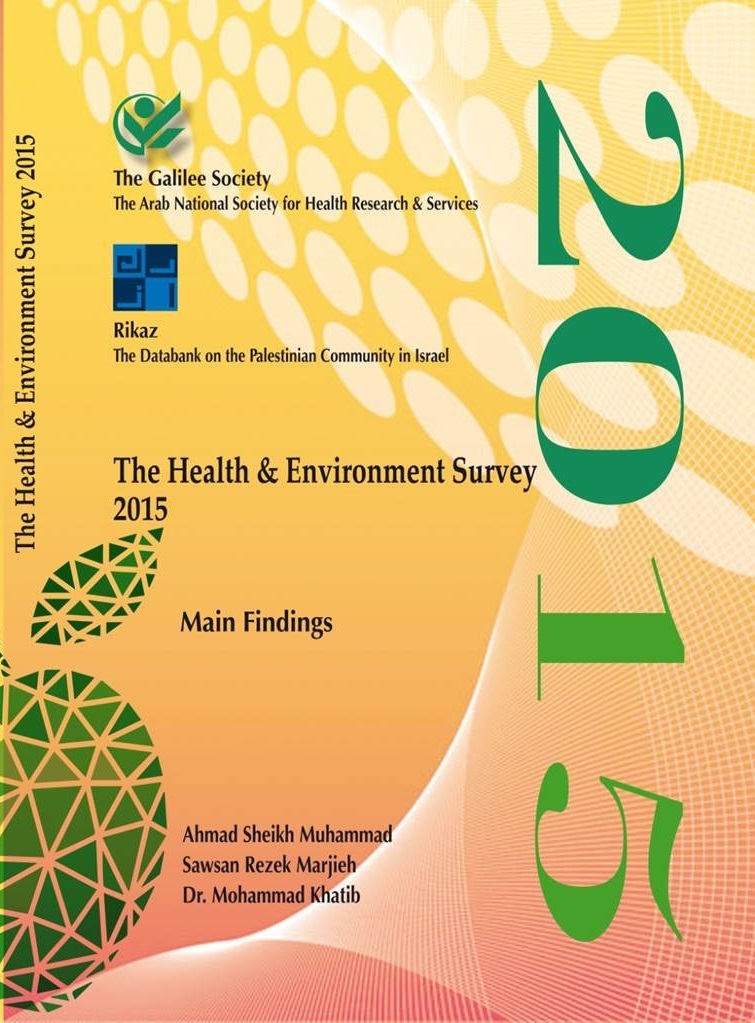 Not only did we survey the occurrence of chronic illnesses and environmental hazards, we also chose to raise issues as the Palestinian community views them. This was doen through self-evaluation of the survey subjects on different issues. This included: accessibility to health services and evaluation of these services by the population; health behaviours and knowledge; awareness on environmental and health rights, injuries and accidents; the situation of people with disabilities and more.

This survey is based on a sample of 2,250 Palestinian households in Israel divided as follows:

The sample included the mixed cities of Acre, Haifa, Jaffa and Ramla. 2095 questionnaires were completed, 93% of the planned sample, through face to face interviews held from November 2015 to February 2016.

The findings from the Health and Environment Survey indicate that the health situation of the Palestinian citizens of Israel is extremely difficult, especially of the Bedouins in the Naqab. The general life expectancy for Palestinians in Israel is 3 years shorter than the Jewish population.

Over the past decade, the number of patients with chronic illnesses doubled, with nearly a third of Palestinians above the age of 21 suffering from at least one chronic disease (diabetes being the most common disease at 12.7%). Around a third of all patients reported not buying the needed medication due to financial hardship.

In addition to the percentages of chronic illnesses a worrying trend is gaining popularity – smoking. Data shows that 30% of teenagers aged 15 and up smoke. Hookah smoking is becoming widespread among women, 7% smoking the hookah (read the full report on smoking). Less than a third of all adults ages 18 and up do physical activity on a regular basis. Though this number goes up in relation with health knowledge and awareness, there is a lack in infrastructure to sustain a healthy lifestyle. Only 12.7% reported knowledge of existing walking or jogging routes near their homes, and only 5.8% on cycling routes.

Many Palestinian citizens reported living near an environmental hazard that poses a health risk. 44.9% reported unregulated dumps which cause smell and smoke hazard, and serve as a source for stray animals which may spread disease. 57% reported suffering from the problem of passing trucks, who also park near their homes, with the main problem being the pollution and accidents caused by these trucks (especially with children).

Improving the health situation of the Palestinian residents in Israel requires a systemic intervention on all levels – starting with individual education and to a policy for promoting the health of this population. Due to the findings of this survey, the government must adopt a series of affirmative actions which will push forward the Palestinian citizens and improve their health situation.