More than 100 thousand people with diabetes in the Arab community!

Diabetes mellitus is considered today an epidemic whose incidence is increasing day by day. Therefore, we deemed it important to place it on the local and national daily agenda and to take part in its prevention, treatment and rehabilitation towards improving the lives of patients. The Center for Applied Research and the Social Research Center “Rikaz” in the Galilee Society held a scientific conference in this matter. This conference contributes to the development of updated information based on systematic research on diabetes in the Arab community and developments in treatment. In addition to paying attention to the societal aspect, it discusses the challenges and opportunities in the process of caring for diabetic patients in the Arab community. 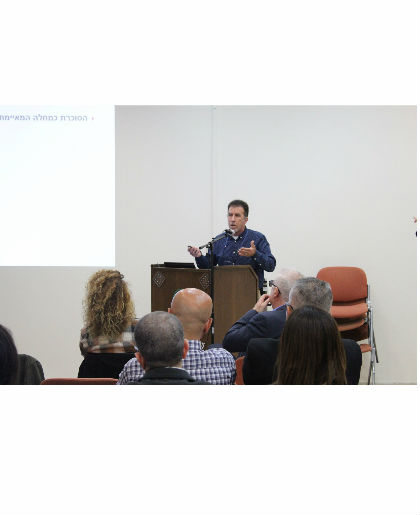 The conference included several different lectures, the beginning of which was with the researcher Ahmad Sheikh Muhammad from the Galilee Society, who reviewed the nature of diabetes in the Arab community and the features of change through the results of the 2016 Health Survey of the Galilee Society, which showed that: “The situation of diabetes in our society requires immediate and swift intervention at all levels. More than 100,000 patients were ill in 2017, with the number of infected people tripling in the last fifteen years. The rate of disease prevalence in the early generations, especially in the age group 40-49 years, is very worrying, as the percentage reached 15.1%, with an increase of more than 120% over the year 2004, which predicts a significant increase in the coming years.

Dr. Muhammad Khatib, a researcher at the Social Research Center “Rikaz”, gave a lecture in which he spoke about the fact that diabetes has become a disease that threatens the health of the public, especially since its personal, economic and social dimensions are very large. Then, Professor Naim Shehadeh, gave a lecture on developments in the field of diagnosis and treatment of diabetes. Professor Shehadeh is the Director of the Institute of Diabetes, Endocrinology and Metabolism – Rambam Hospital, and the President of the Israel Diabetes Association.